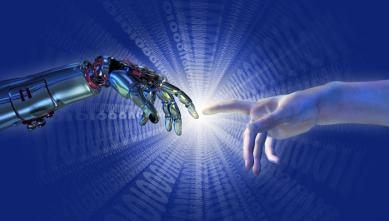 How Technology Makes Us Human

One of the most vociferously voiced concern of sociologists in particular and others in general is that technology is turning humans less humans. While nerds and technocrats may put up a brave front against the thesis, parents of young people are worried of the effect technology is having on their progeny.  An Intel survey says that young people themselves tend to agree with the notion that technology is dehumanizing. What really is happening?

Some aspects of technology are glaringly obvious in their impact. Social Media networks must be the most-engaged-in activity as of today by young people. Do they have a lot of time to spare for real physical people and friends off the cyberspace? The answer is written on the walls and the bright screen devices they are holding in their hands.

More than the boys and girls of 14 or above, the millennial kids are natural-borns to technology. They find it hard to believe that there was a time when there was no internet or smartphones.

These two entities are integral to their existence which the older people may find a little disorienting.  While they may not think using Skype to make contact with someone far away is a big deal, the millennial may think it is the best way to do it naturally. For, that is how they see technology.

An interesting development is the use of language. The spelling of words took centuries to evolve but all those efforts have gone to waste with the internet slang coming to wide use. When you consider the fact that there are actually online dictionaries for this branch of language, you can see how deep the trait runs. The users say that the mechanical “you” is less human than the intimate “u”.   Can you argue with that? Does this make you less human? Hardly!

Not only regional languages but computer languages are also evolved and humans are making a huge progress in these languages. The CMS, business directory theme, Java Scripts, word-press are all computer tools to get involved in new technical world. Humans need to learn new computer as well as regional language to cope with the increasing demand of modern technology.

Many middle-aged and old men, while conceding the convenience the new and newer technology offers them in their workplace, confess they miss the friendly atmosphere of good old typewriters clacking away in the hearing distance in the office. The personal interaction of the days when technology had not intruded the office space is completely missing now.  The fact, however, is that they are most likely to be affected negatively by technology for they are too deep into their “humanness” to be influenced by technology into becoming less human.

Surprisingly, many young adults themselves say that a society that relies too much on technology has to lose its humanness to some degree. One can find faults with the Intel survey if one chose to. The options for possible responses can be interpreted as vague. The wordings in the options did not give much leeway for the respondents to articulate their views in any clear manner. The two questions asked were whether technology made people more human or whether technology made humans less human.

However, a whopping 69% say that there is an enhancement in  their personal relationships with the use of technology. They are sure that technological innovations will have a positive impact on education and transportation. You must have observed the benefits of marketing diploma and other technical innovations that are making us more humans.It can be seen that the respondents were not at all averse to have technology become a major part of their lives.